Before I get too far into this week’s rant, let me just state, for the record, I do feel sorry for the employees of HMV who find themselves on the threshold of possible unemployment through absolutely no fault of their own.

My rant is not directly aimed at the customer facing staff who will no doubt be on the receiving end of a few irate members of the public. My rant is aimed more at the legal and administration staff.

This strikes me firstly as illegal, and secondly as immoral. However, having looked into the legality of the refusal to accept them, it appears they are well within the law. When a company enters administration, it effectively ceases to exist in its previous form. So legally, it no longer has to fulfil its promises. A gift voucher/card is simply a promise the company will let you spend a certain amount in its store or on its website. Meaning, under insolvency law, it is up to the administrator whether to accept the vouchers/cards. The administrator is tasked with trying to acquire every last penny out of a company to pay those who are owed money. Creditors, therefore, often only get a small percentage, if anything of what is owed. Gift card/voucher holders are now effectively in that list of people the company owes money to, however they languish at the bottom of the pile!

So, to my second point, that of morality. During 2012, I purchased a couple of gift cards as birthday presents for teenagers who are into bands I have probably never heard of or bands I don’t want to be seen purchasing! Just three weeks ago, I received one myself as a Christmas gift and less than a week ago, I received another as a birthday present. This means that HMV has received money for goods it has not yet supplied or to quote the legal statement it has given a promise it will let the holder of the card spend that amount of money in its stores.

The stores are currently still open and are trading. I visited my local store this morning where customers were making purchases. As HMV have taken money off me and other people and given us a promise we can spend that much in their stores, why are they allowed to break that promise? If they have goods on their shelves; if their doors are open and they are trading how can they morally refuse to give goods to people who have already paid them?

I could understand not being able to exchange my gift card if they had closed their doors but they haven’t!

HMV also refuse to accept returns of purchased items, even if the item sold has been found to be faulty. Once again, a customer can still walk into a store and buy the same item again, but cannot be refunded for something which was sold ‘broken’!

Just as before, I understand the administrators want to rake in every penny they can to pay the creditors, but surely customers who have purchased an item in good faith which then didn’t work should be entitled to a replacement. I accept it would be hard to give them their money back, but come on, replace the item.

All this seems a little criminal. Maybe I should walk in there, purchase an item and pay by cheque and then go round to my bank and cancel that same cheque. Then when they come knocking on my door for the money, I could give them my gift cards.

Can’t see me getting away with that – besides, unlike HMV, I have HIGH MORAL VALUES! 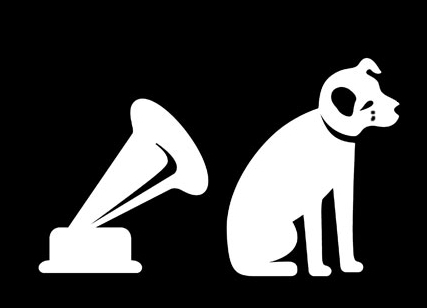 Nipper, the HMV dog, in tears over the morals of the company!

Here’s a little footnote as an immoral way to earn money – open a store where the customer hands over their money before receiving the goods (maybe something like a catalogue showroom or a fast food restaurant), take the money and then claim to have called in the administrator!